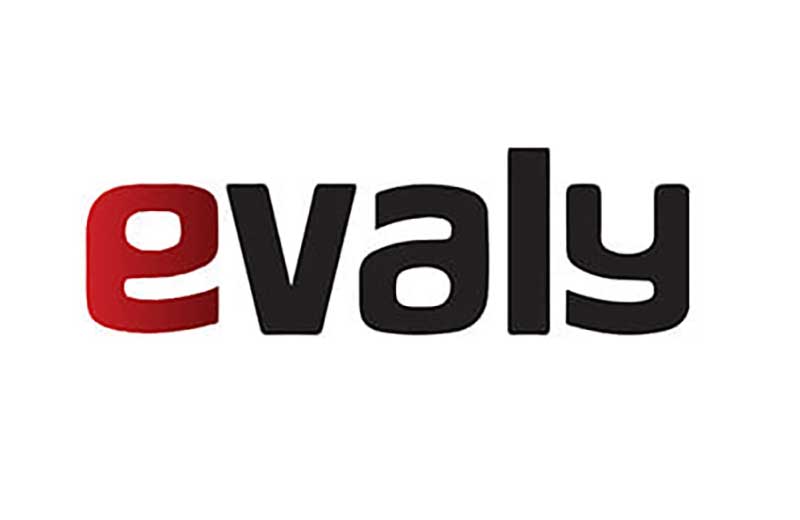 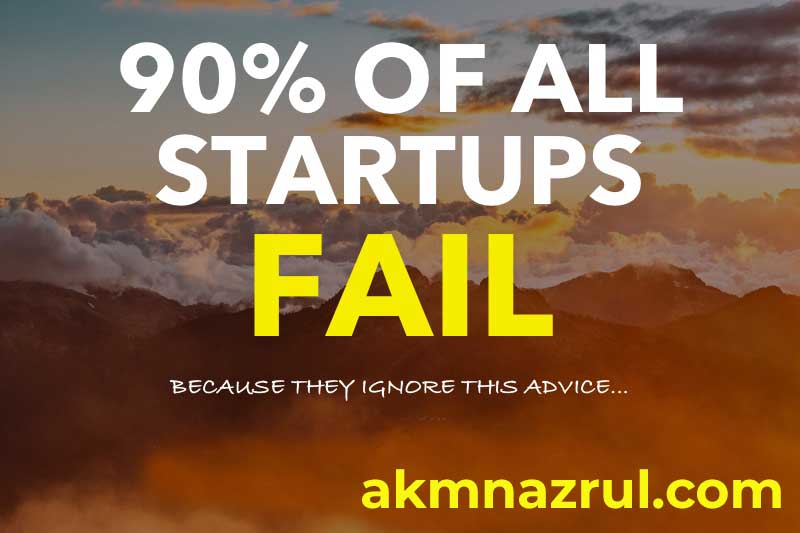 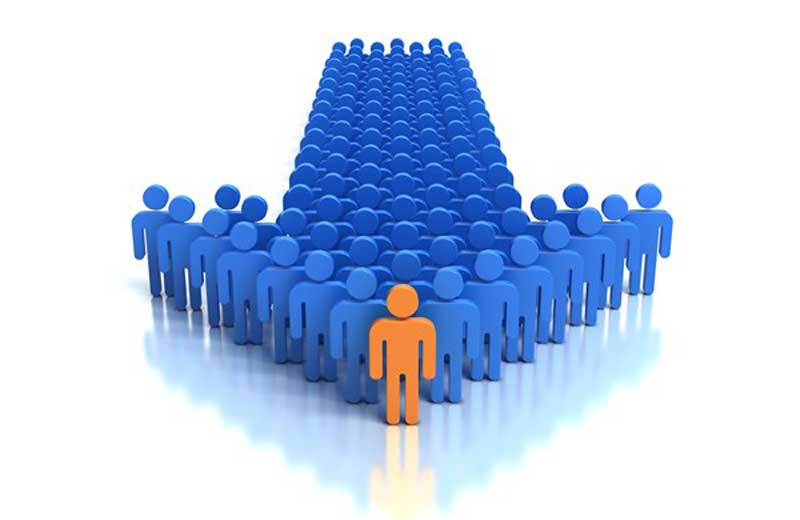 Want to become a great leader? Here are the top ten leadership qualities for a good leader.

The 34th President of the United States, Dwight.D.Eisenhower once said, “The supreme quality of leadership is unquestionably integrity. Without it, no real success is possible, no matter whether it is on a section gang, a football field, in an army, or in an office.” Honesty and integrity are two important ingredients that make a good leader. How can you expect your followers to be honest when you lack these qualities yourself? Leaders succeed when they stick to their values and core beliefs and without ethics, this will not be possible.

“Good business leaders create a vision, articulate the vision, passionately own the vision, and relentlessly drive it to completion.”—Jack Welch

Good leaders always have a vision and purpose. They not only visualize the future themselves but also share their vision with their followers. When their followers were able to see the big picture, they can see where they are heading. A great leader goes above and beyond and explains why they are moving in the direction they are moving and shares the strategy and action plan to achieve that goal.

Probably the most difficult job for a leader is to persuade others to follow. It can only be possible if you inspire your followers by setting a good example. When the going gets tough, they look up to you and see how you react to the situation. If you handle it well, they will follow you. As a leader, should think positive and this positive approach should be visible through your actions. Stay calm under pressure and keep the motivation level up. As John Quincy Adams puts it, “If your actions inspire others to dream more, learn more, do more and become more, you are a leader.” If you are successful in inspiring your subordinates, you can easily overcome any current and future challenge easily.

Apart from having a futuristic vision, a leader should have the ability to take the right decision at the right time. Decisions taken by leaders have a profound impact on the masses. A leader should think long and hard before taking a decision but once the decision is taken, stand by it. Although most leaders take decisions on their own, it is highly recommended that you consult key stakeholders before taking a decision. After all, they are the ones who will benefit or suffer from your decisions.

Until you clearly communicate your vision to your team and tell them the strategy to achieve the goal, it will be very difficult for you to get the results you want. Simply put, if you are unable to communicate your message effectively to your team, you can never be a good leader. A good communicator can be a good leader. Words have the power to motivate people and make them do the unthinkable. If you use them effectively, you can also achieve better results.

To be an effective leader, you should be confident enough to ensure that other follow your commands. If you are unsure about your own decisions and qualities, then your subordinates will never follow you. As a leader, you have to be oozing with confidence, show some swagger and assertiveness to gain the respect of your subordinates. This does not mean that you should be overconfident, but you should at least reflect the degree of confidence required to ensure that your followers trust you as a leader.

Your teams look up to you and if you want them to give them their all, you will have to be passionate about it too. When your teammates see you getting your hands dirty, they will also give their best shot. It will also help you to gain the respect of your subordinates and infuse new energy in your team members, which helps them to perform better. If they feel that you are not fully committed or lacks passion, then it would be an uphill task for the leader to motivate your followers to achieve the goal.

You cannot do everything, right. It is important for a leader to focus on key responsibilities while leaving the rest to others. By that, I mean empowering your followers and delegating tasks to them. If you continue to micromanage your subordinates, it will develop a lack of trust and more importantly, you will not be able to focus on important matters, as you should be. Delegate tasks to your subordinates and see how they perform. Provide them with all the resources and support they need to achieve the objective and give them a chance to bear the responsibility.

What separates a leader from a follower? Steve Jobs, the greatest visionary of our time answers this question this way, “Innovation distinguishes between a leader and a follower.” In order to get ahead in today’s fast-paced world, a leader must be creative and innovative at the same time. Creative thinking and constant innovation is what makes you and your team stand out from the crowd. Think out of the box to come up with unique ideas and turn those ideas and goals into reality.

Good leaders always have higher influence but how do they increase their influence on the point where people accept what they say. They do this by connecting with people emotionally. That is where emotional intelligence comes into play.

Here are some of the reasons why a leader should be emotionally intelligent.

With emotional intelligence, leaders can control their emotions, which prevents negative emotions from influencing their decision-making skills. As a result, they are less likely to make hasty decisions. Moreover, emotionally intelligent leaders are great at understanding the emotions and care about the feelings of others. That is not all, leaders who have this leadership quality not only handle conflict in a better way but also play an important role in conflict resolution. 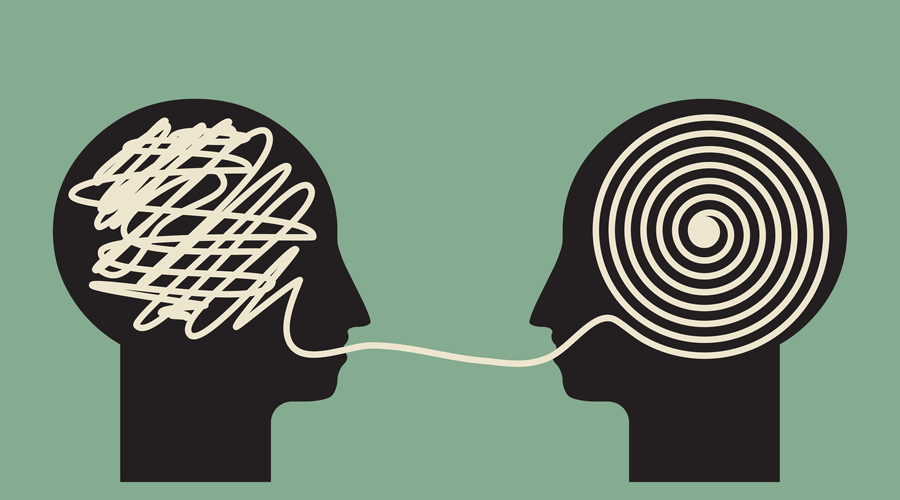 According to a new year-long study of over 4,000 college-educated professionals and 268 senior executives, conducted by CTI and in partnership with Marie Claire magazine, you must be viewed as a leader in order to get promoted into top jobs. That takes “executive presence,” which is defined as having gravitas, excellent communication skills, and a polished appearance. These skills are required, but that doesn’t mean you rack up bonus points for having them. Instead, you get demerits for your mistakes, as superiors silently cross you off their good lists. So what are the pitfalls to avoid? The study uncovered the 10 worst communication mistakes that will instantly derail your promotion hopes.

No. 1: Racially Biased Comments: Of executives surveyed, 72% said racially biased comments are a major blunder for men and 70% said the same for women. This is the top offense for good reason. These remarks easily offend or insult, reflect poor judgment and reveal low emotional intelligence, according to the researchers.

No. 2: Off-Color Jokes: This second worst communication mistake is similar to the first. Telling inappropriate jokes makes people uncomfortable, revealing an inability to properly read the audience and environment. On the flip side, 61% of executives believe being able to sense the mood of others and effectively adjust your language, tone, and content is one of the top skills required to advance.

No. 3: Crying: Rightly or wrongly, workplace tears do not communicate leadership potential—especially if you’re a man. While 59% of executives say crying makes a woman look bad, 63% believe it’s a top mistake for men. “You have to be able to control your emotions,” a male banking executive told researchers.

No. 4: Sounding Uneducated: Executives say it’s important for leaders to portray gravitas, worldliness, and intellectual horsepower. Thus, sounding uneducated will immediately undermine your chances of ascension. One IT manager told the researchers, “I’ve been with bosses who look like they would be competent, and then they blow it when they open their mouths and sound like complete buffoons.”

No. 5: Swearing: Cursing is a gender-neutral faux pas. It’s generally considered unprofessional and unfitting of a leader. Interestingly, it’s also a major mistake online, which in itself is a communication minefield. Those polled said the top three online communications blunders are posting unflattering messages about colleagues, posting unprofessional photos, and being too personal.

No. 6: Flirting: Even though some believe flirting can be a currency in the office, nearly half of executives say it will undercut your professional reputation, regardless of whether you’re a man or woman. Flirting–the subtle suggestion of the possibility, but not the probability, of something sexual occurring between two individuals–can easily be taken the wrong way.

No. 7: Scratching Yourself: Not only is this off-putting, but it’s also distracting. The study researchers found that fidgeting, in general, detracts from your executive presence. Fiddling with your clothes or mobile devices in meetings makes you appear ill at ease or as if you’re not paying attention.

No. 8: Avoiding Eye Contact: Body language experts say avoiding eye contact makes it seem like you might be lying or have something to hide. If you’re in a meeting, it may also give the impression that you’re uninterested. On the other hand, looking people in the eyes makes them feel like you’re listening.  “Magazine editor Joanna Coles has some of the fiercest eye contacts in the business,” said Hewlett. “It demonstrates her interest.”

No. 9: Rambling: If you can’t keep your message succinct and coherent, you won’t appear in control. You also weaken the power and impact of the points you’re trying to make. Former Bank of America executive Sallie Krawcheck told Hewlett that women, in particular, tend to have trouble with silences. “You have to get the power of silence,” she said. “Women like to fill spaces with chatter. But if you leave spaces around your important thoughts, you give weight and gravitas to what you say.”

No. 10: Giggling Too Much and Speaking Shrilly: Leaders say that giggling or laughing too much is a top communication blunder for women, and speaking shrilly is a top problem for men. Appropriate laughter and tone of voice are major indicators of gravitas. Researchers discovered that the high-pitched shrill voice comes off as overly emotive and causes others to tune out.